The homage to the Italian soldiers who fell in a foreign land: the evocative Military Memorial of Bari 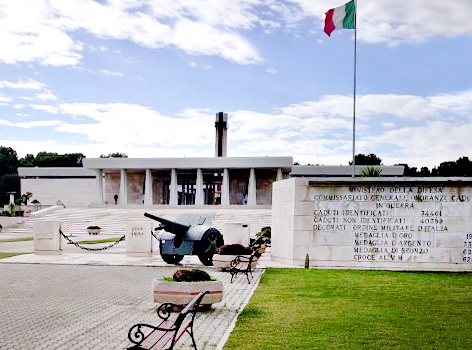 The Military Memorial of the Overseas Fallen preserves the remains of about 75,000 Italian soldiers (of which 40,000 are unfortunately unknown) who died in foreign lands in the wars between 1941 and 1945 .

The decision to collect the remains of these soldiers in one place came in 1967 due to the decommissioning of the various war cemeteries scattered around the world. .

This military cemetery houses not only the remains of the soldiers but also a historical museum which recalls the events of the Second World War and which preserves historical documents, weapons and uniforms of the era, photographs.

Inside the shrine , there are also a crypt and several memorial rooms; in short, for history lovers or for those who want to commemorate the fall of the soldiers in the sad events that characterized the years of the great wars , there is the possibility to visit a particularly suggestive place where silence, memory and respect reign for those who fought for their homeland.

Where is Military Memorial located?