Palazzo Simi: the museum of old Bari with the history of the city kept underground 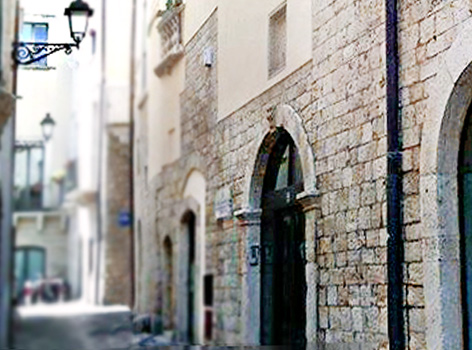 Palazzo Simi is a building located in the heart of Bari vecchia built in 1500 on the remains of a Byzantine style church, in turn built on the remains of Roman structures; inside are preserved objects found during excavations such as ancient coins and ceramics of different types, carved stones and vessels of a funerary nature (dating even to prehistoric times) found not only on Bari and its surroundings but also in different areas of the Apulian territory .

But to make your visit to Palazzo Simi even more suggestive will be its basement. Going down into the subsoil (almost 3 meters deep) you can observe what remains of the ancient Byzantine church dedicated to San Gregorio de Falconibus, that is the three apses with the altar, as well as an ancient Roman style (also recognizable by the typical flooring of the time), an ancient oven and the remains and of a Romanesque style church built on the previous Byzantine one.