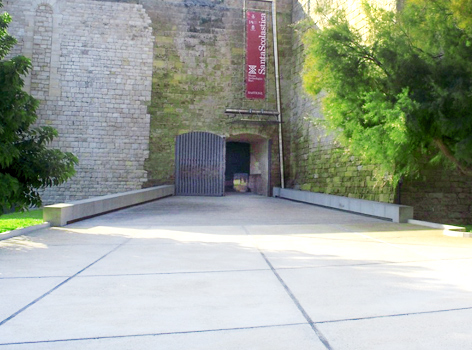 The Archaeological Museum of Bari is located inside the former convent of Santa Scolastica , one of the oldest and most evocative structures in the city (the story tells that it was built shortly before of the 10th century).

The Museum of Santa Scolastica preserves precious archaeological finds found during the numerous excavations carried out from the 1900s to today in different points of the ancient village of Bari , in the neighboring areas and also in the surroundings of the Bari area.

The objects found, some also inside the complex of Santa Scolastica , are evidence of the millenary history of the city falling within a time span ranging from the Bronze Age to the Middle Ages ; translated means that in the museum you will find various types of objects and materials such as stone sculptures, ceramics, terracotta, bronze vases and armor, ancient coins and much more.

The very interesting aspect of the Archaeological Museum of Santa Scolastica is that it not only houses the archaeological finds found in the different areas of Bari , but it itself represents a monument of great historical value and cultural thanks to the centuries-old stratifications brought to light by archaeological research carried out inside and outside the former Medieval Monastery .

For more information on timetables and tickets, please visit this link