a sacred and suggestive place in the heart of Bari 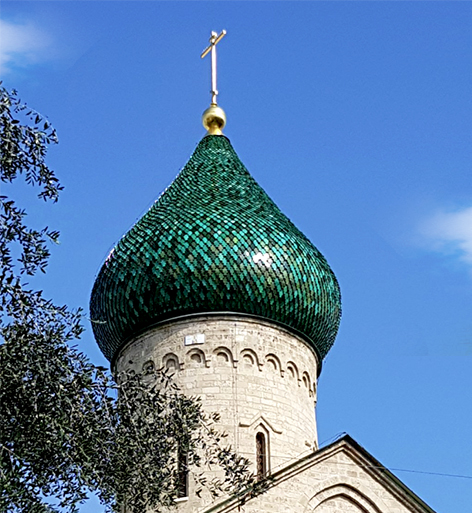 The Russian Orthodox church is one of the most characteristic places in Bari and its birth dates back to the twentieth century.

Like the Basilica of San Nicola , this structure also represents a point of reference for devotees to San Nicola (the patron saint of the city of Bari ) , a destination mainly for pilgrims from the East.

Yes, because the pilgrimage of the Orthodox Christian faithful to Bari is not exclusively due to Russia, but also to countries such as Romania, Serbia and Ukraine, to name a few.

Every year thousands of faithful come to Bari to venerate the patron saint of the city, as well as those welcomed by the Russian church which since its construction has become a real and its point of reference for the Orthodox pilgrimage, as well as symbolically acting as a bridge between East and West.

So when you come to Bari you certainly cannot forget to visit the Russian church, a place of peace, sacred and architecturally beautiful; the church is located in the Carrassi district , not very far from the city center, but it is advisable to go there by public transport.

Where is the Russian Church located?

Symbols of Bari: the Basilica of San Nicola

December 6: St. Nicholas' day and the tradition of hot chocolate

Feast of San Nicola in Bari: when is it celebrated?