Among the streets and alleys of the ancient village of Conversano 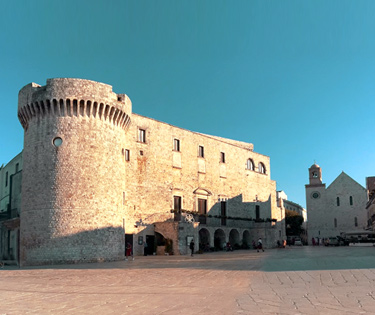 Conversano is a very nice town in the province of Bari with very ancient origins (we are talking about pre-Roman).

Its history is clearly visible both from its constructions in the ancient village and from the areas where, even today, there are some traces of what was once the walls aimed at protecting the town.

Once in Conversano (about 30 km from Bari) you certainly cannot miss the most precious monuments: we are talking for example of the castle of Conversano, located at the gates of the historic center, as well as in Piazza Castello , and the cathedral in the immediate vicinity.

The Castle , of Norman origin, houses the municipal art gallery in which it is possible to access an archaeological section and, above all, in an area that preserves the artistic selection of the canvases relating to the seventeenth-century Neapolitan painter Paolo Domenico Finoglia.

The historic center , on the other hand, is entirely pedestrianized and is divided into three areas: the medieval area (the beating heart of this village), Casalvecchio (dating back to to the fourteenth century) and finally Casalnuovo , which is the most modern area of ​​the city (born around the sixteenth century).

It is useless to tell you how many small streets there are to discover and how many beautiful clubs give life to the ancient village of Conversano ; in fact, there are many people from Bari who often move, especially on weekends, to this suggestive corner on the first hills of the Murge .

By the way, Conversano is famous for its cherries , try them!