Altamura, the town nestled in the Alta Murgia National Park, famous for its D.O.P. 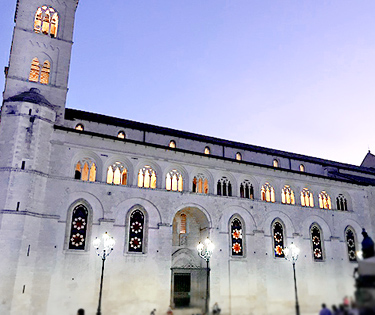 Altamura is a characteristic village in the hinterland of the province of Bari which, thanks to its geographical position (is located in the heart of the Alta National Park Murgia , almost on the border with Basilicata) has an important cultivation of cereals such as to allow the processing of flours of industrial quality and quantity, the same that have allowed to produce the precious and sought-after Altamura bread , a typical local product recognized as DOP (Protected Designation of Origin) .

The main symbol of Altamura and undoubtedly the Romanesque Cathedral of Santa Maria Assunta , located in the heart of the historical center of the town and which, over the centuries , has undergone a series of architectural interventions that have made it what it is now. However, the Duomo is not the only church in the city, in fact there are several churches that you might encounter during your walks, even these very suggestive as the church of San Nicola and of Santa Maria della Consolazione . 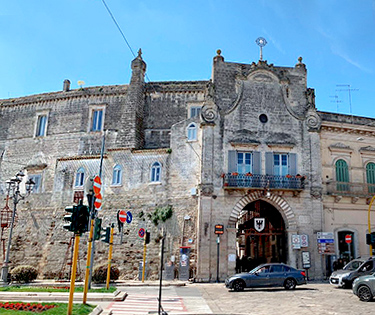 It is important to spend a few words also for the historic center itself, a real gem of Altamura since that the characteristics of its buildings make it possible to identify it as a small village that shines with its own light, a sort of city within a city that is also a destination for tourists.

Instead, going slightly out of town, precisely about 6 km from Altamura , it is possible to visit one of the many characteristic areas of the Murgia; it is the Pulo di Altamura , that is a sinkhole (the largest of the four present in the Alta Murgia) with the appearance of a large chasm at the inside of which it is possible to observe even some caves of natural origin presumably inhabited by Homo Sapiens ; and how not to mention also of the man of Altamura , one of the most unique and rare discoveries ever made in Italy, right inside one of the caves that surrounds the territory of Altamura .

This is the fossil skeleton of a man from the Paleolithic period, which belonged to homo neanderthal and was found in 1993 in the Lamalunga Cave , which testifies to the incredible history of this fantastic area. 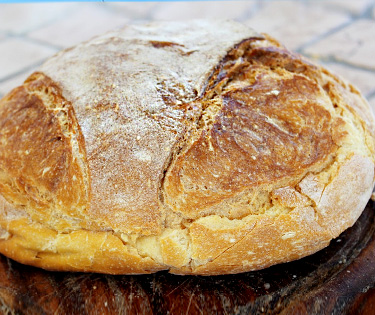 And what about the Altamura bread ? The typical local product par excellence (recognized in 2005 as D.O.P.) and super sought after in the Apulian tables. Altamura bread is so good that it has been considered among the most appreciated products by Italians, as well as among the 10 most popular breads in Italy , characterized by wheat semolina hard and with a super crunchy crust that goes perfectly with meals with other typical Apulian products. A bread that when you taste it you will hardly forget; indeed, do you want some advice? Try it with a drizzle of Pugliese extra virgin olive oil and cherry tomato ... "and see what you eat", they would say in Bari. In short, it is useless to see that this area of ​​ Puglia will be destined to give you various satisfactions.

Where is Altamura located?