An hour from Bari, just beyond the borders of Puglia, Matera with its characteristic Sassi. 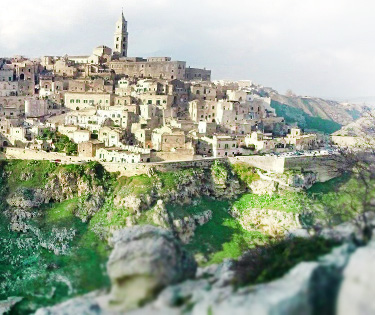 It is true, Matera is not located in Puglia , so why report it among the cities to visit absolutely?
Why this characteristic place , despite being in Basilicata , it is extremely close to Bari (just under an hour by car).

Matera , very famous for its Sassi , is one of the oldest and most precious cities in the world, it is no coincidence that its rare and evocative landscape has been elected UNESCO World Heritage Site .

It is essentially a town dug and carved in the mountains (hence the origin of the Sassi di Matera ) whose beauty has remained preserved and intact over time, attracting the attention of tourists and celebrities from all over the world. 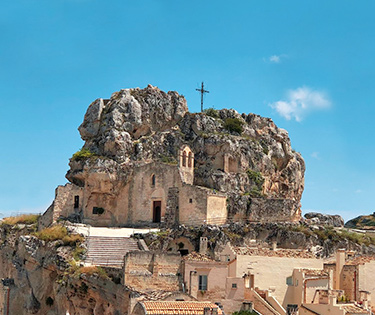 But as we said before, the charm of Matera not only attracts tourists but also prominent personalities; in fact, several actors and directors who have passed by this city for the making of their films (among these we remember Mel Gibson when he chose Matera as the location to shoot the main scenes of the film The Passion of Christ , 2004 ).

In short, Matera and its Sassi do not really disappoint anyone, and when you enter the evocative streets of the historic center you will immerse yourself in history through houses, terraces, squares, alleys and churches dug into the tuff .

An experience that will make you breathe the past of this real jewel of Southern Italy easily reachable from the capital of Puglia .

Matera is super visited at any time of the year, and is particularly attractive even in the period Christmas when the city, in addition to embellishing itself for a party, becomes the protagonist of a characteristic living nativity scene in the alleys of the ancient village , something extraordinarily appropriate and suggestive.

And if Matera is already fantastic during the day, what about Matera at night? Simply magical, splendid, silent ... like a postcard.
Seeing is believing.

Where are the Sassi di Matera located?

Explore Matera, the city carved into the rock, one of the oldest in the world! And if you have an unexpected problem, the cancellation is FREE .

Search by Tags: on the edge of Puglia basilicata what to see in the surroundings surroundings of Bari matera patrimonio UNESCO sassi di matera near Bari near Puglia