Do you love Street Art? Here are some works to see and photograph during a trip to Bari 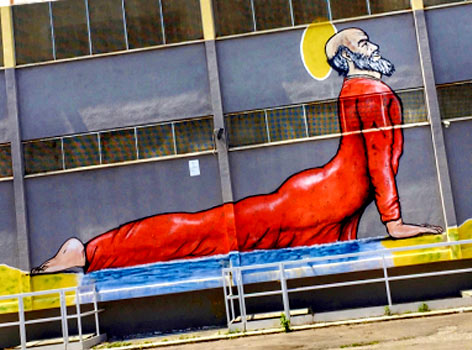 The Street Art , is an increasingly widespread and adopted practice around for the world in order to enhance buildings, walls and public areas of small and large cities.

Initially born as an illegal art form , it has acquired more and more acclaim over time, giving the possibility to many young artists to express their creative talent and at the same time to beautify the city .

Having said that, if you are on this page it is probably because you are interested in discovering what Bari reserves for Street Art lovers; well, then relax, because you've come to the right place at the right time.

In fact, thanks to the creativity of some artists who passed through Bari and to a spontaneous movement of citizens such as that of RetakeBari (which in addition to promoting the care of the common good is also works, all in compliance with absolute legality), the capital boasts some beautiful street art that BariExperience absolutely wants to share to enrich your fantastic experience in the city.

Many of these beautiful street art are dedicated to the patron saint of the city, Saint Nicholas , but besides these works there are other equally beautiful ones that will catch your attention.
But where are these works found? Here is a list of some murals not to be missed during your visit to Bari !

The three St. Nicholas of the underpass 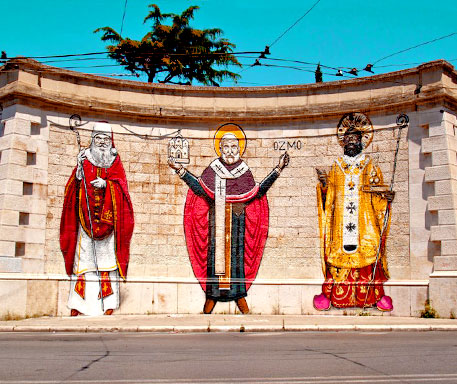 The San Nicola of Piazza Diaz

Built on the side facade of a building facing the seafront of Bari , this San Nicola acts as a "bridge" between the countries of the East and those of the West. Furthermore, on the left of the mural, the Basilica of San Nicola di Bari is also depicted. Work of Maupal. 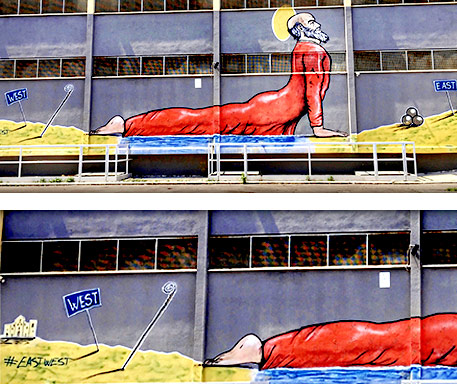 A tribute to Ennio Morricone 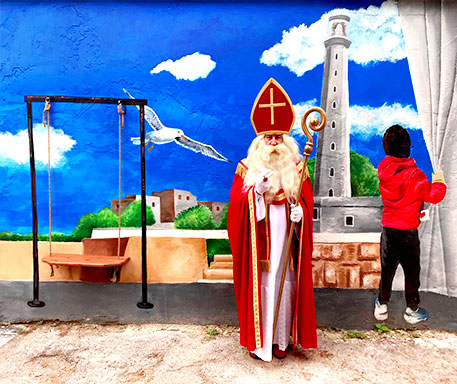 Near the covered market of the San Girolamo district stands this beautiful street art entitled "La ciclatera". Work by the artist Giuseppe D’Asta, created in collaboration with the volunteer citizens of RetakeBari. 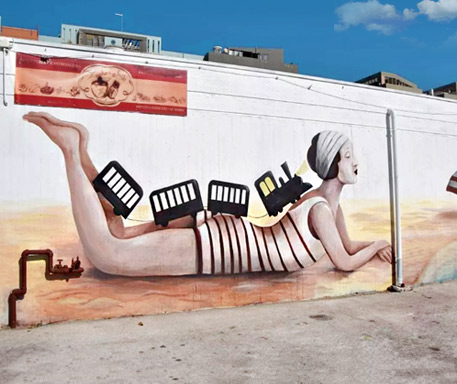 A gigantic tribute to the Patron Saint of Bari is found in the popular district of San Paolo.
Another Italian street artist, Mauro Roselli. 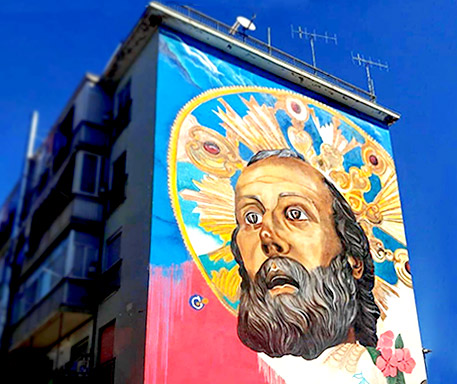 Other experiences to do in Bari

7 places to visit for a long weekend in Puglia

6 things to do to experience the Christmas atmosphere in Puglia

3 urban gardens to touch nature in the city

Places to visit at Christmas: 4 Apulian villages that will amaze you

A blast from the past: Cala Port’Alga

Where to stop to go to Puglia? 5 reasons to choose Bari

A strategic point to immortalize the entire seafront of Bari

Street art in Bari: fantastic works and where to find them

5 things to do in Bari during the Christmas period

4 suggestive squares of Bari Vecchia not to be missed

The flea market and collectibles in Piazza Massari

7 ideas to visit Bari with your four-legged friend

The best viewpoints to enjoy the Bari seafront

This blog does not represent a newspaper as it is updated without any periodicity. It cannot therefore be considered an editorial product pursuant to law n ° 62 of 7.03.2001 . Before publishing some photos and / or information, all the necessary checks are carried out in order to ascertain their free circulation and not to violate copyrights or other exclusive rights of third parties. However, if there are any errors or violations, please notify us by writing to: info@bariexperience.com; we will immediately remove of the material reported.