The church carved into the rock:
the suggestive Madonna della Grotta Sanctuary at the gates of Bari 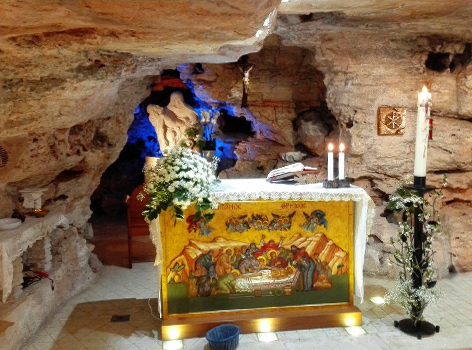 The Madonna della Grotta Sanctuary is a beautiful archaeological site surrounded by greenery and located on the outskirts of Bari .

The story tells that the origins of this structure date back to the eighth century and that during its history the church hosted first Basilian and then Benedictine monks, and then became not only a place of prayer, but also of refuge for the rest and refreshment of the Crusaders.

Inside the sanctuary there is the tunnel of S. Corrado and his tomb , the one where the saint's remains were kept for about 170 years before being exhumed by Molfettesi to proclaim him Patron Saint of Molfetta .

This place of prayer, very characteristic as suggestive , has become over time also a destination for pilgrimages and spiritual retreats ; a sanctuary where silence and nature are the setting for an engaging experience to say the least.

For more information on the sanctuary , the timetables and programs visit the reference site

Where is the Madonna della Grotta sanctuary located?